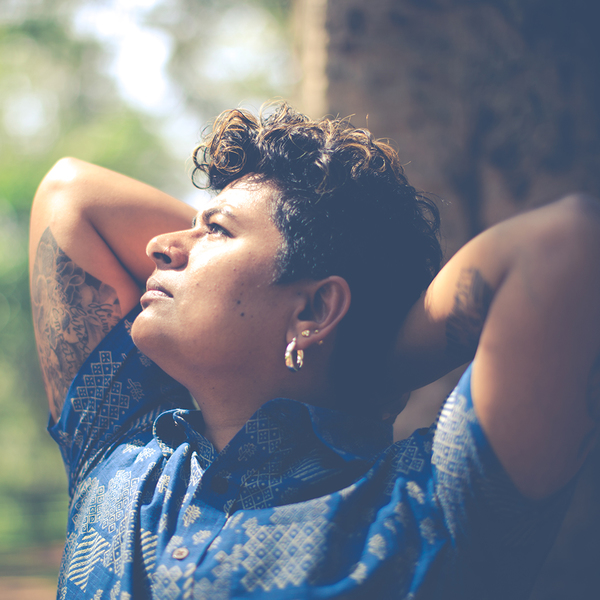 Neelu Bhuman is an independent auteur filmmaker exploring socio-political themes as they play out in close relations. Playfully evoking insights into the workings of difference, their films blend view-points ranging from race, gender, sexuality, culture, class, and romance. Pushing these themes in their first feature-length TRANSFINITE (2019) and short films FU377 (2014) and MORE LOVE. LESS PREPACKAGED BULLSHIT (2017), Neelu’s films purposefully move towards abstract retellings of the problematics of identity categories and foregrounding varieties of resilience and resistance to experiences of duress – both immediate and political. TRANSFINITE (2019) has screened around the world in 70+ festivals and is distributed by OUTtv and Mattioli Productions. FU377 (2014) and MORE LOVE. LESS PREPACKAGED BULLSHIT (2017) are being distributed by the Canadian distribution company CFMDC. Neelu identifies as a non-binary transmasculine pansexual immigrant of South Indian origin, who has lived, studied, and contributed to the USA and UK societies for over 20 years.